The Ball Creek project is a large copper-gold porphyry and epithermal gold-silver project located within northwest British Columbia’s Golden Triangle. The project is eight km west of Highway 37 and the 287 kV Northwest Transmission Line and contains five separate porphyry systems in close proximity to the Triassic/Jurassic unconformity. The setting is similar to major deposits including Red Chris, KSM, Spectrum/GJ, and Snip.

The 524 km2 concession hosts several copper and gold systems that are underexplored and recent work has focused on the Ball Creek, Rainbow North, South More and Quash porphyry targets. The previously-drilled Ball Creek porphyry is open to the northeast and southwest and 2017 mapping has identified three sub-parallel porphyry alteration systems. Exploration mapping was also completed at Rainbow North in 2017 and identified high-grade gold and copper sheeted vein mineralization that is similar to the porphyry systems of the Maricunga belt of Chile.

Recent soil sampling work focused in on the South More target and more broadly to a 500 metre-spaced program searching for new systems outside of areas of known mineralization. At South More, a large 3.2 km by 1.0 km copper, gold and molybdenum-in-soil anomaly was defined that has yet to be drill tested. Mineralization in the South More system is hosted by silica undersaturated syenite which is a setting similar to that found at the Galore Creek porphyry deposit. The regional soil survey identified a new 1.2 km by 0.7 km copper, gold, and molybdenum soil anomaly at the Quash zone. The Quash zone is associated with potassically-altered andesite float that hosts quartz veining, chalcopyrite, and bornite.

The British Columbia based mineral exploration company Golden Ridges Resources entered into an agreement with Evrim in 2019 whereby they can earn 80% ownership in the property by meeting specific payment requirements and delivering a Feasibility Study. In addition to the 2% NSR royalty, Sandstorm is entitled to milestone payments of C$1 million if an Indicated and Inferred Mineral Resource of 1,000,000 ounces of gold equivalent is defined and C$3 million if a positive Feasibility Study is completed on the claims. 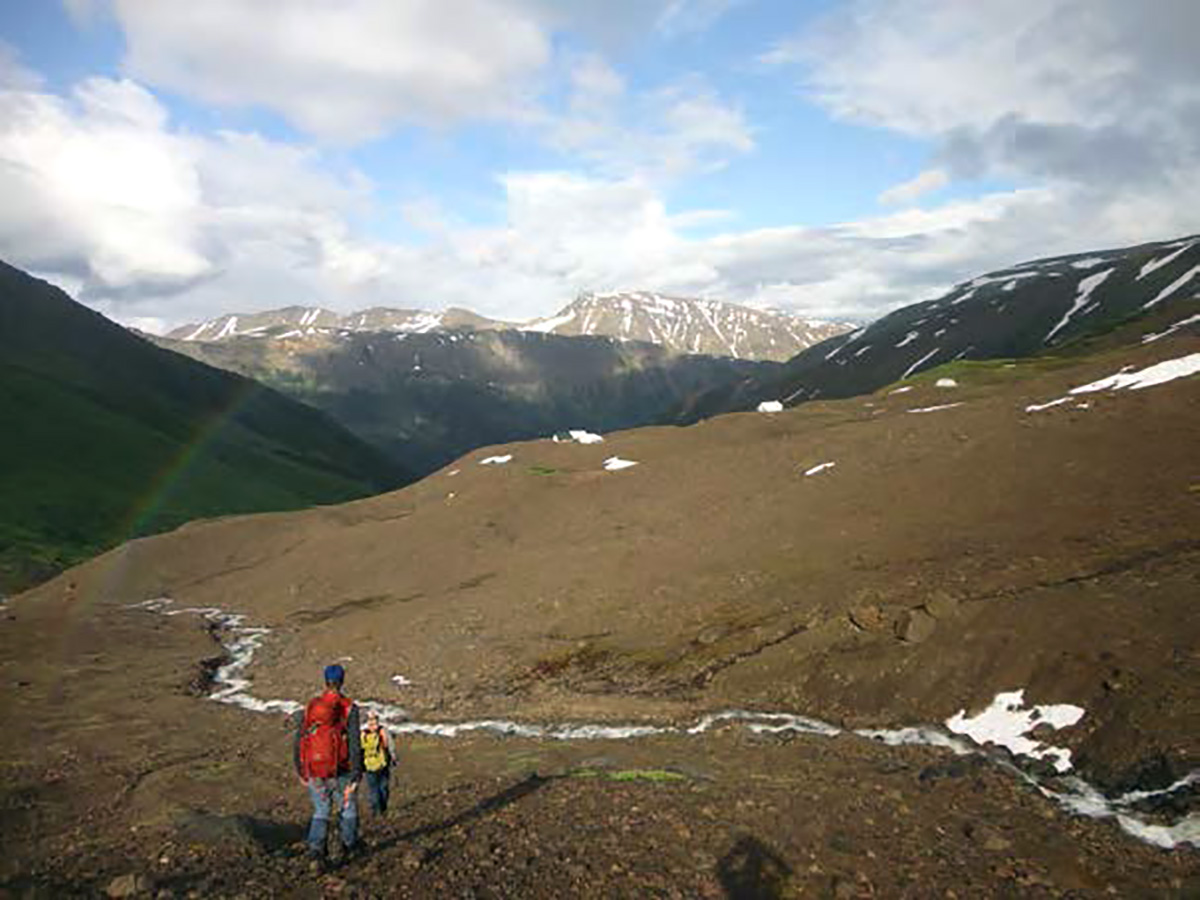 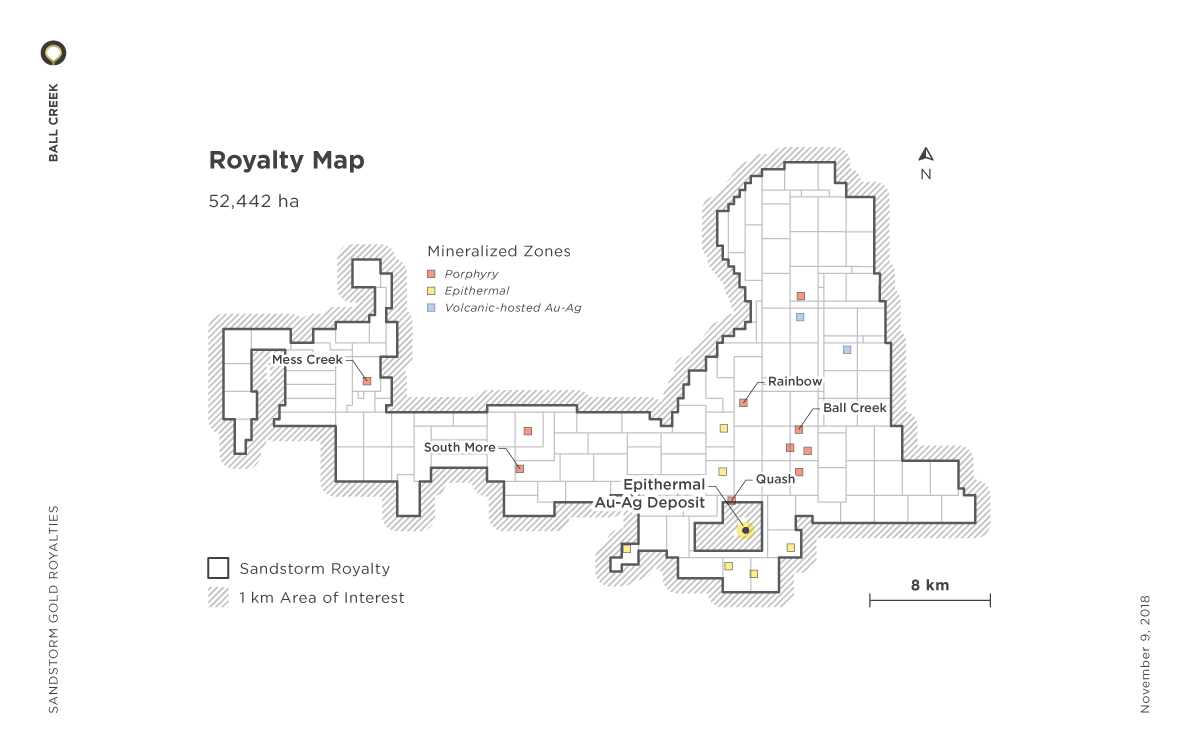