The Bondoukou project is on the border of Côte d’Ivoire and Ghana in the Zanzan region of Côte d’Ivoire and covers an area of 237,440 ha. The project concessions lie along the south-western extension of the Birimian-age Bole-Nangodi greenstone belt in adjacent Ghana, which is host to multiple orogenic-type gold deposits.

Exploration work performed by Awalé between 2015 and 2017 included airborne and ground geophysics, auger drilling, and sampling of artisanal mining occurrences. Multiple anomalous targets were identified along 80 kms of mineralized trends and further testing has focused on the Fako/Fako South, Elisabeth, and Casino prospects.

A 57-hole reverse circulation drilling program consisting of 4,473 metres produced multiple mineralized intercepts within a 6 km strike zone of the 38 km Awari shear. At the Fako prospects, the mineralization is associated with a large alteration system and remains open in all directions. Further to the north at the Casino prospect, the focus is on high grade quartz veining where drilling has intercepted mineralization both down dip and along strike from existing artisanal workings, where rock chip sampling has returned results of up to 589.0 g/t gold.

September 2018
Awalé closed a private placement for proceeds of C$832,500 to be used for ongoing exploration on its Côte d’Ivoire projects. Plans for 2018-2019 include approximately 25,000 metres of auger drilling accompanied by detailed mapping and geophysics.

August 2018
A diamond drilling program consisting of 9 holes for 1,605 metres was designed to enhance the understanding of the geometry, geology and down-dip continuity of the Fako and Casino prospects. Assay results include 8.0 metres at 6.2 g/t gold from surface and 1.3 metres at 8.5 g/t gold from 61.0 metres respectively. 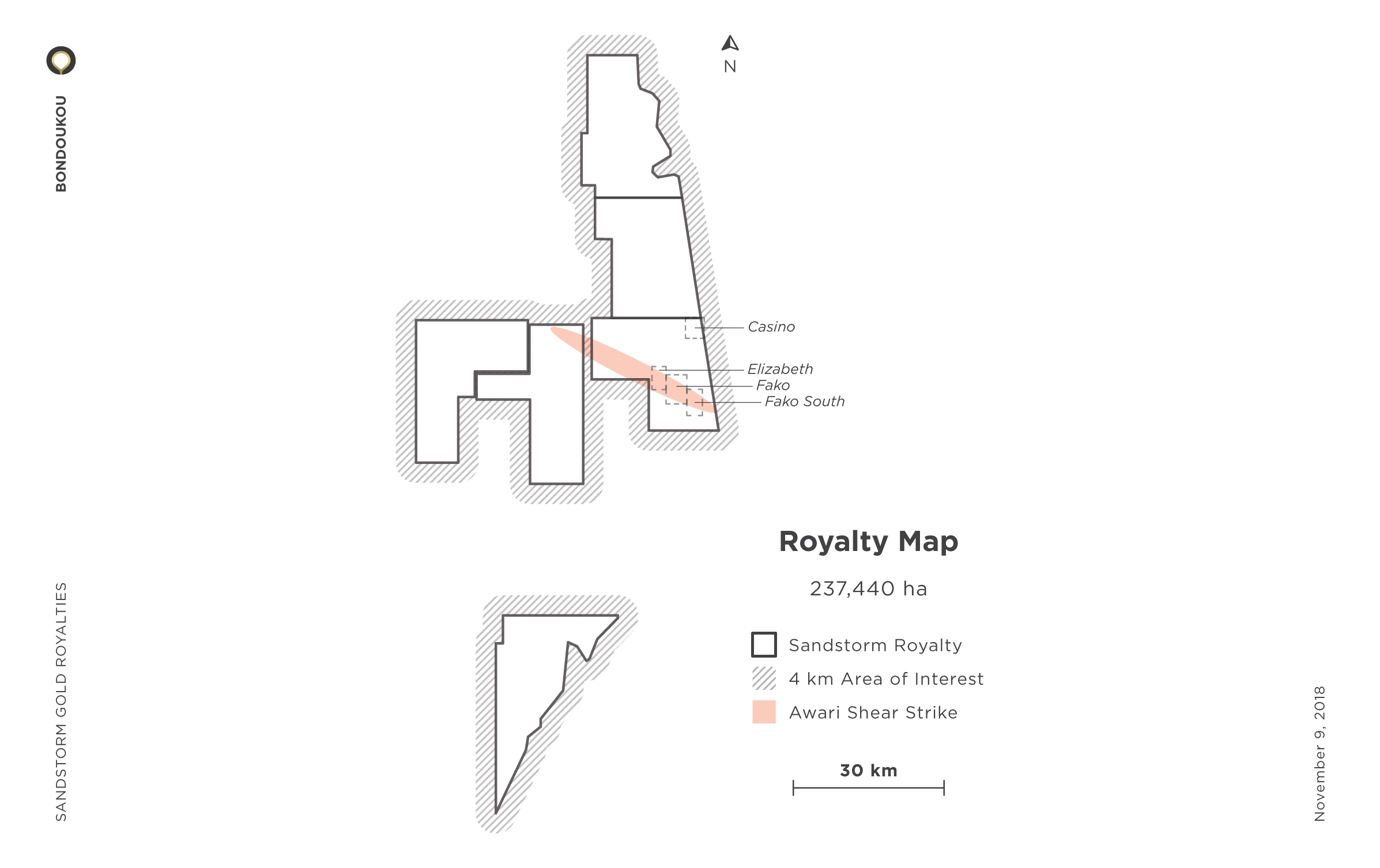