The Cadillac Break property group stretches for 35 km along the Cadillac Break, a regional fault zone separating a mostly volcanic terrain and related intrusive rocks on the north, from a sedimentary terrain on the south. Several past producers and recent discoveries are spatially associated with the Cadillac Break and the region has produced one hundred million ounces of gold since the early 1900´s.

Recent exploration work has focused on the Orenada property, located approximately 4 km southeast of Val d´Or. Orenada hosts two near surface vein-type gold deposits, Zone 2 and Zone 4, and in 2017 a 45,000 metre drill program intersected the gold vein system for more than 2.5 km along strike, centered around the Zone 4 open pit. The drilling has increased the strike length of the deposits by more than 300% over the previously known dimensions and the gold mineralization remains open along strike and at depth.

March 2021
O3 Mining announced plans to complete an additional 250,000 metres of drilling on its Cadillac Break properties by the end of 2022, bringing the total to 350,000 metres since drilling commenced in September 2019. A portion of this drilling will take place on Sandstorm’s royalty claim area. 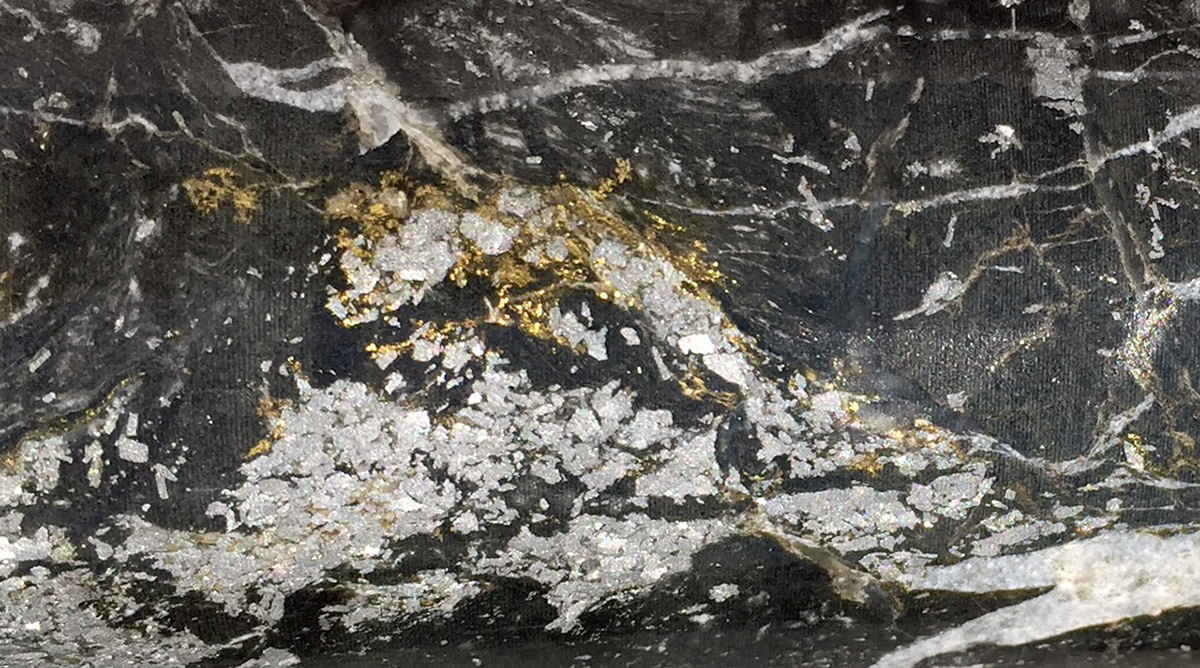 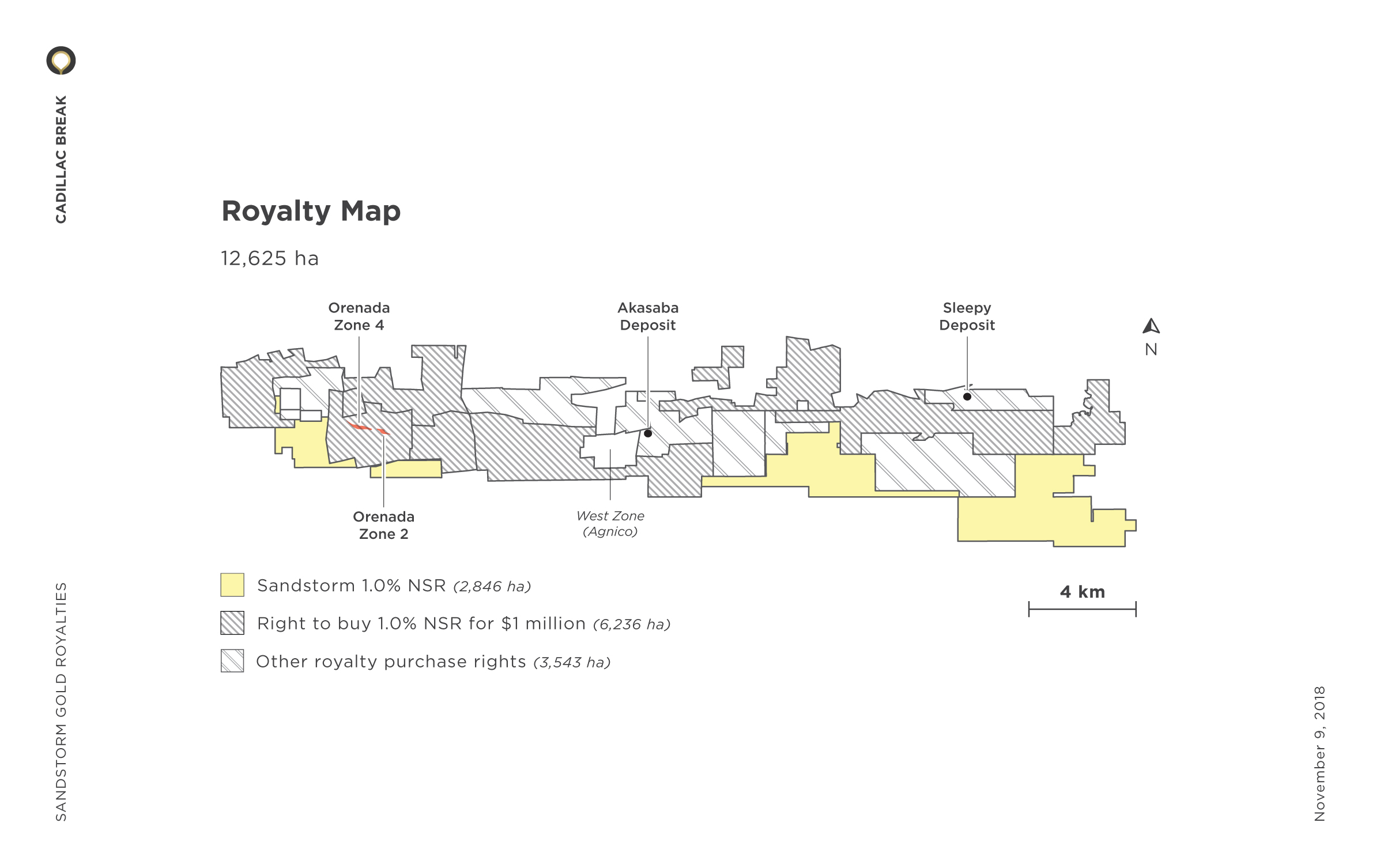