Lobo-Marte is located in the Maricunga Gold District of Chile and contains two epithermal gold deposits that are seven kilometres apart. The project is 100 km east of the city of Copiapó and 60 km south of Kinross’ La Coipa mine.

Kinross completed a Pre-Feasibility Study at Lobo-Marte in 2009 that contemplated a 47,000 tpd open pit heap-leach operation with estimated annual production of 350 kozs – 400 kozs AuEq for the first five years. Kinross withdrew its permit application and stopped the permitting process in 2014 due to changes in the plan of operations, project economics, and stringent requirements associated with the permit application. As a result of the permit withdrawal, approximately 6 million estimated gold ounces were reclassified from Mineral Reserves to Measured and Indicated Resources. Future development and operations at Lobo-Marte will require the re-initiation of the permitting process.

Sandstorm’s royalty is a 1.75% NSR on 60% of future production (equivalent to 1.05%) and is capped at $40 million. The royalty was acquired as part of a package of royalties from Teck Resources. 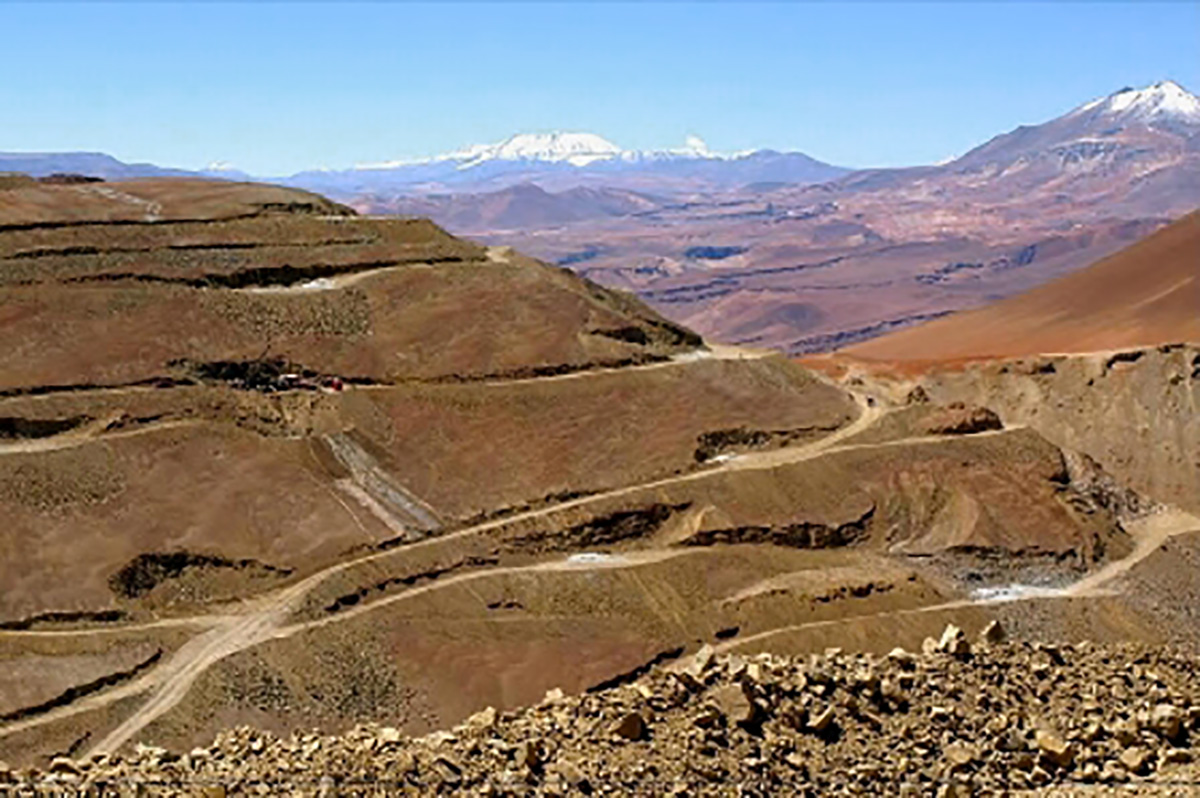 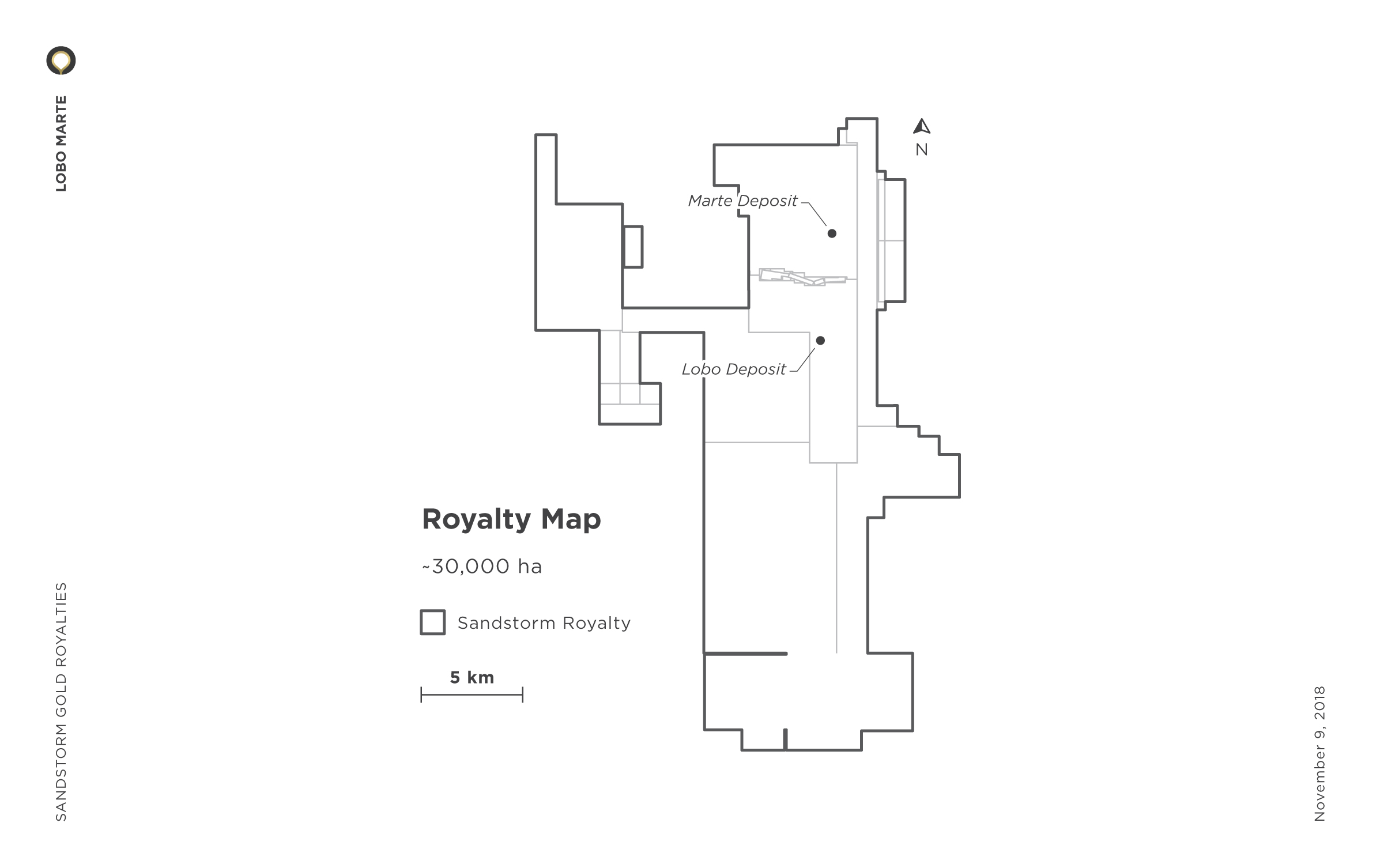